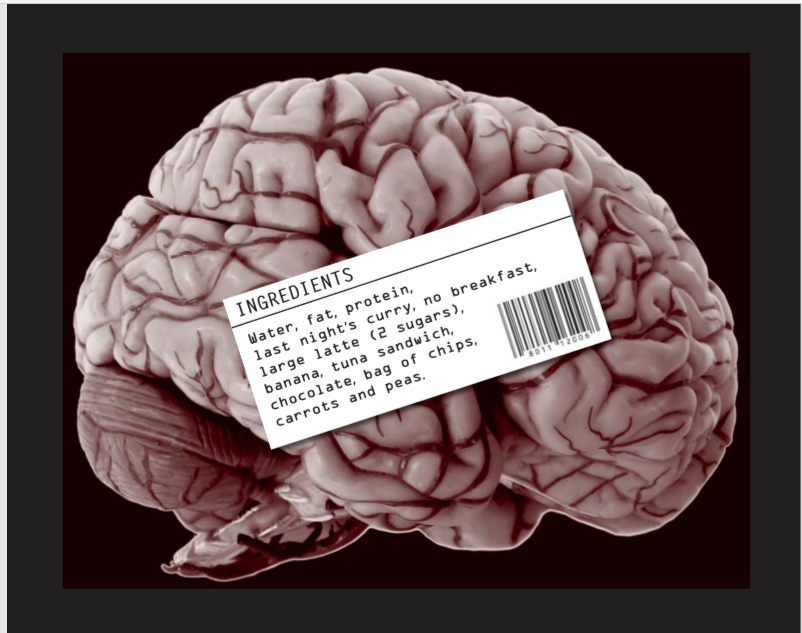 I coined this term recently while debating the reasons why some people seem unable to take on board what my partner termed “common sense”. We are bombarded with information as to how good nutrition and moderate exercise can prevent and combat many diseases such as heart, disease, cancers, those caused by obesity eg type-2 diabetes etc.

And yet, people continue to ignore this advice. They make extremely unwise choices. I’m not talking about the occasional blow-out meal or even binge-drinking weekend. It’s the relentless daily diet of processed foodstuffs consumed, despite the evidence seen in mirrors and provided by ever-tightening waistbands.

Someone we know, feeling a blood-sugar dip, had driven a round trip of 3 miles to buy a hot chocolate drink from McD’s. “That was an expensive hot chocolate” I had replied. They explained they had done it for “quickness”, and after retrying to make my point, I realised we didn’t appear to be speaking the same language at all. Why was that?

In addition to being assailed by positive nutritional advice, we are also battered by marketing from those food manufacturers and retailers. The ability to filter these messages and choose what will provide the best outcome is what I now call Nutrition Intelligence or Nutrition IQ.

If the baseline is 100, that would be someone who eats adequately, not gaining or losing weight or muscle and fat. They would have an intake of sufficient nutrients to maintain a basically healthy body. I guess there would be freely available and affordable foods and water.

Of course, when there are adverse factors and nutritional needs change, an above-100 score would be needed. Also, many people would wish to aim for optimal health – not just coping. I believe we mostly have that innate intelligence but the above-mentioned marketing negates it. As does the lack of relevant education and guidance.

This latter part is where my role fits into the equation as I can provide support until somebody’s own knowledge has caught up with their needs.

I deliberately use the term “somebody”, as I think it is a whole-body knowledge development that may be required. Our gut and other organs tell us what is needed – and we just need to listen! 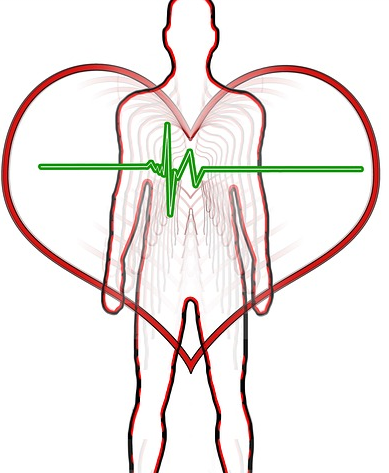 It’s never too late to improve your health: 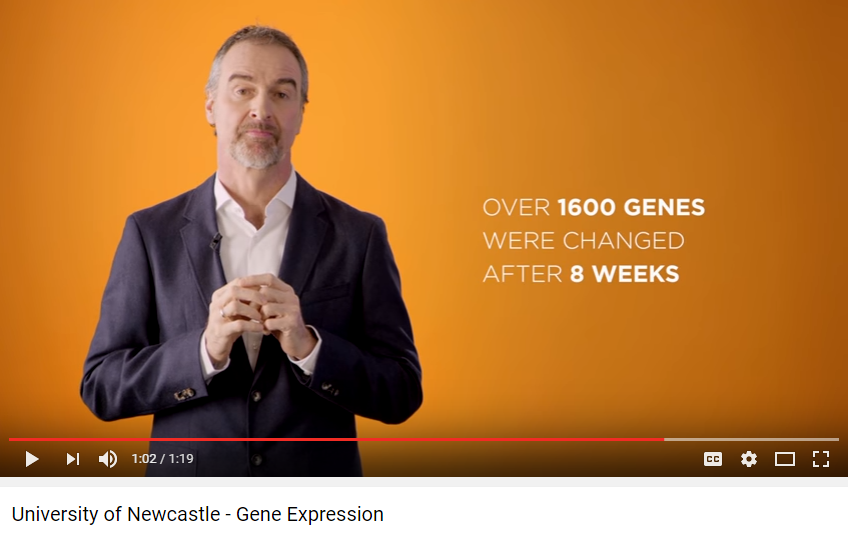 “Therefore, F&V juice concentrate improves the metabolic profile, by reducing systemic inflammation and blood lipid profiles and, thus, may be useful in reducing the risk of obesity-induced chronic disease.”

“Following the intervention with the F&V concentrate, systolic blood pressure (SBP) was found to be reduced in the full cohort analysis.

“In this study, we found that in older subjects who are overweight or obese, F&V concentrate supplementation led to decreases in total cholesterol, LDL cholesterol, TNFα and systolic blood pressure.

Do you know about the different types? Omegas 3, 5, 6, 7, and 9 fatty acids are vital for maintaining both good physical and mental health.

Many people take fish oils to improve their levels of Omega 3 – now there is a vegan alternative.

https://draxe.com/fish-oil-benefits-health/    Did you know that Omega 3 deficiency can be fatal?

Among Omega 3s, what are DHA, EPA, and ALA, and how do they differ?
DHA (docosahexaenoic acid) and EPA (eicosapentaenoic acid) are the two main “long chain” Omega 3 fatty acids that are found primarily in algae and fish. ALA (alpha-linolenic acid) is the main “short chain” Omega 3 fatty acid found primarily in plants such as flaxseed, chia, and others. Most of the proven benefits of Omega 3s have been linked to DHA and EPA rather than ALA, but ALA can have some additional benefits in the body.

Omega 7, known as palmitoleic acid, may appear to have ‘minor’ status in the world of monounsaturated fats but its health benefits are definitely not minor. Omega 7 helps regulate fat and blood sugar metabolism (in adipose tissue and in the pancreas). In vitro studies suggest that omega 7 helps improve the function of the insulin-producing beta cells of the pancreas. And when it comes to the skin, omega 7 is no ‘minor leaguer’…it is a major fatty acid in epithelial cell membranes – this means skin, blood vessels and mucous membranes. The presence of omega 7 in the epithelial cell membrane plays a protective role including inhibiting bacterial growth, as well promoting tissue recovery and healing. Research specifically on sea buckthorn oil, (which contains 30-40% omega 7), shows its role in improving eczema, acne, oral and stomach ulcers, and vaginal irritation/dryness. Dietary sources of omega 7 fatty acids include wild salmon, macadamia nuts and sea buckthorn berries.  https://ashleykoff.wordpress.com/2010/07/20/omega-5-and-7-%E2%80%93-are-they-in-you/ 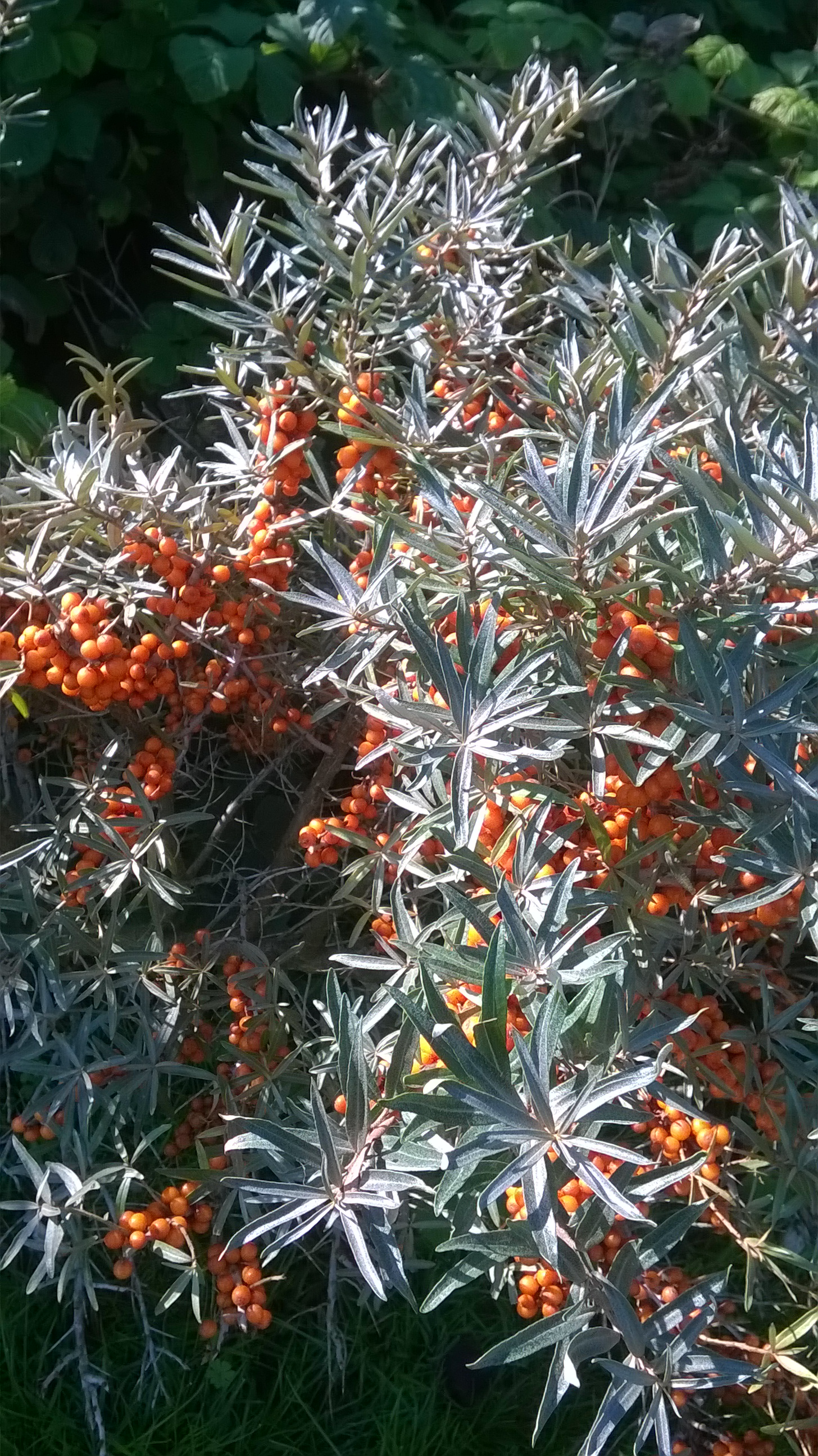 TRUST YOUR GOOD DECISIONS EACH AND EVERY DAY

Eating better begins with a diet rich in fruits and vegetables. Plant-based diets can be lacking in good omega 3s, which generally only come from fish. Scientific studies have demonstrated: heart, brain and eyes benefit from omega 3 fatty acids*. However, some people do not consume sufficient amounts of essential omega fatty acids in their diets. This is where Juice Plus+ Omega Blend comes in: The Juice Plus+ Omega Blend closes the gap between what we should eat and what we actually eat every day. The convenient dosage capsules contain a balanced mixture of carefully selected oils from vegetable sources. They provide the body with valuable omega 3, 5, 6, 7, and 9 fatty acids.

Why do we use algal oil in Juice Plus+ Omega Blend rather than fish, like many other Omega 3 products do?

The algal oil in Juice Plus+ Omega Blend comes from a microalga Schizochytrium, which is grown specifically
for its rich DHA and EPA content. Fish actually get their DHA and EPA from eating algae, so we like to say that we are just cutting out the middle fish and going to the original plant source.
Does the algal oil come from the open ocean, and should I be concerned therefore, about ocean
contaminants in the algal oil?
No. The algal oil that we use in Juice Plus+ Omega Blend comes from algae grown in a contained and
controlled environment, so that it is free of any contaminants.

At last! This has today made the main item on the BBC news. What they don’t say is that you’ll also be living a healthier life – and a happier one.

“Eating loads of fruit and vegetables – 10 portions a day – may give us longer lives, say researchers.

The team also identified specific fruit and veg that reduced the risk of cancer and heart disease.

The analysis showed even small amounts had a health boon, but more is even better.

A portion counts as 80g (3oz) of fruit or veg – the equivalent of a small banana, a pear or three heaped teaspoons of spinach or peas.

The conclusions were made by pooling data on 95 separate studies, involving two million people’s eating habits.

Lower risks of cancer were linked to eating:

Lower risks of heart disease and strokes were linked to eating:

The results, published in the International Journal of Epidemiology, also assessed the risk of dying before your time.

Compared with eating no fruit or veg a day, it showed:

The researchers do not know if eating even more fruit and veg would have even greater health benefits as there is little evidence out there to review.

Dr Dagfinn Aune, one of the researchers, said: “Fruit and vegetables have been shown to reduce cholesterol levels, blood pressure, and to boost the health of our blood vessels and immune system.

“This may be due to the complex network of nutrients they hold.

“For instance, they contain many antioxidants, which may reduce DNA damage and lead to a reduction in cancer risk.”

However, many people struggle to even eat the five a day (400g) recommended by the World Health Organization.

In the UK, only about one in three people eats enough.

Dr Aune said the findings did not mean the five-a-day message needed to change.

He told the BBC: “There are many different considerations if changing policy, it’s not just the health effects – is it feasible?

“But our findings are quite clear in that they do support five a day, but there are even some further benefits for higher intakes.”

Dr Alison Tedstone, chief nutritionist at Public Health England, said: “The five-a-day target is the foundation of a healthy balanced diet and is an achievable way to help prevent a number of diseases.

Not all of the 95 studies that were analysed fully accounted for other aspects of lifestyle, such as exercise levels, that could also play a role in prolonging lives.

However, Dr Aune said the conclusions were “quite robust”.”

Q. What have our bodies evolved to recognise, over millennia?

A.  Fruits and vegetables.

Q.  What have we largely adapted to in more recent times? 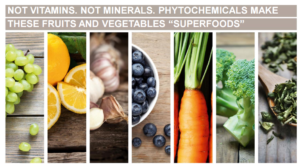 Q. What have millions of people been taking without access to the full range of data?

“a study of 26,000 people by Ishak Mansi, of the University of Texas Southwestern in Dallas, published last year, showed statin users had almost double the risk of developing diabetes. This year, a study from Japan suggested side-effects from statins might also be contributing to heart failure, while another from Michel de Lorgeril, of Grenoble University, analysing all published statin studies since 2006, said statins showed “no benefit” in heart disease prevention and caused “potentially fatal” muscle weakness”